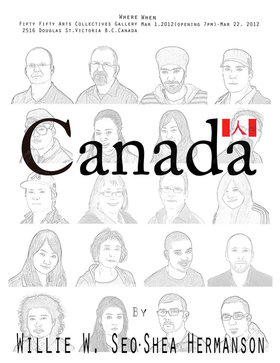 The project Canada depicts Canada's multiculturalism through a visual language that

addresses both literal and metaphorical identities within Canadian society.

Canada is noted for being the world's most multicultural nation. Residents immigrate

from all over the world to share land and build policies. In this project, we visualize

the idea of multiculturalism in Canada based on a sampling of one hundred people from the population.

* a Chinese word which pronounces as [in] and means people.