All That Has Been Done Before Roshanak Amini 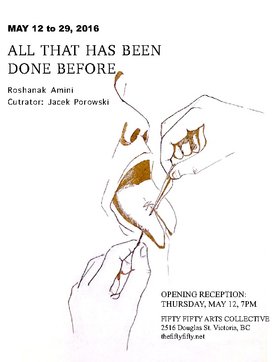 The focus of this exhibition is the correlation between interrelated books; Colonialism and Neo-colonialism by Jean-Paul Sartre and The Wretched of the Earth by Frantz Fanon. The books mentioned were published in the 1960’s and analyze the French colonization of Algeria. Sartre directed his writing to the citizens of France (the colonizers) while Fanon’s book was aimed to speak to the Algerians (the colonized). Both books describe, without restraint, the realities of colonization and decolonization, including violence as an unavoidable part of their implementation. All That Has Been Done Before investigates these practices through a linguistic lens, further employing the concepts of theorists such as Jacques Derrida and Michel Foucault. The relationship between the colonizer and the colonized, and subsequently the connections between the prefix ‘post’ and ‘neo’; echo in the relationship between the author and reader and in this exhibition the viewer and the work.

Roshanak Amini
Amini’s work is best described as emancipatory appropriation; the reiteration of certain critical writings so as to reposition them in the contemporary art culture. Within her practice she looks at the relationship between language and identity using language both as the medium and the concept. This evident deconstruction makes the pieces self-critical and reflective of its proximity to what it is criticizing. As an Iranian immigrant, moving to Canada at the age of thirteen, Amini experienced a shift that was a starting point in her interest in language and its relation to social interactions and identity. After graduating from The Emily Carr University of Art and Design, She begun to view art as unifying thread between the employment of language as a means of communicative survival to its role in cultural self awareness.. She recently participated in a month-long residency in Eastern Europe where she researched the linguistic diversity of rural Slovenia. The concluding solo exhibition focused on the globalization of the English language. Amini’s work has also been showcased in several group exhibitions in Vancouver as well as Europe. Through her work one experiences language as abstract and malleable; incomplete in its objective to define our surrounding

The underlying framework for Porowski’s art lies in social structures and its contingent disposition of setting parameters through meaning (borders, language, declarations, etc.) By means of his art he has gained an understanding into his immediate and distant environment.
A significant factor in Porowski’s work is the material. Organic or man-made, he strongly gravitate towards materials that are in transition from new to old, utilitarian and deteriorating. These materials represent tension in forces that create ephemeral elements: erosion, performance, states of social structure, language; attributes that hold evidence of collapsed time.
By carefully arranging each environment for the viewer his work focuses on the liminal space that exists between language and understanding. What emerges is a conception of an art installation as a way to disrupt authorship in language while placing it into the infinite reiteration of metaphors. 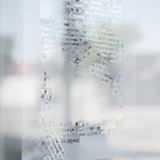 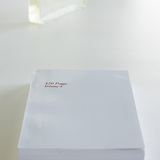 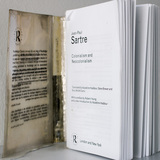 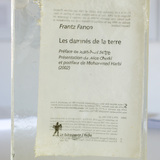 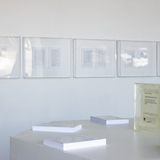 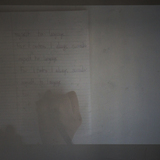 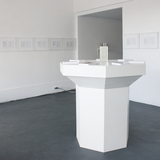 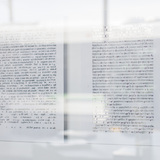 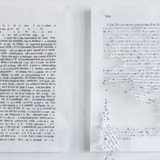