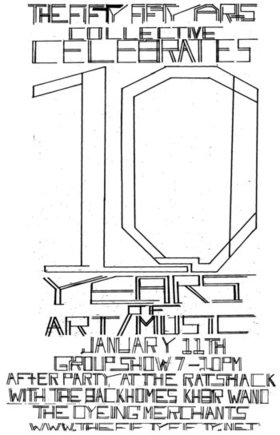 We're turning 10 and we're going to have a huge group show and celebration.

Since its inception the Fifty Fifty has thrived as an independent, volunteer run space promoting the emerging arts scene in Victoria. The exhibition includes artists that have shown at the gallery in its 10 year lifetime and other local artists supporting the grassroots movement for emerging art.

After party featuring WAND, KHBR, The Backhomes and The Dyeing Merchants at the Ratshack on opening night!!