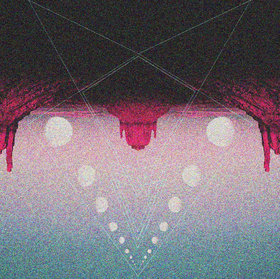 VON BINGEN
http://soundcloud.com/vonbingen
"From the synthetic mellowings of Aaron Levin:
In the not-too-distant future, Joshua Stevenson will be listed in the canon of modern Canadian synthesia. Earlier this year we saw the release of Josh’s debut into meanderonic minimalism via his solo project magneticring. Meanwhile, an ensemble of Vancouver-area heavyweights (including Josh), titling themselves Von Bingen, reared a massive, ugly head in the latter half of the annum with a difficult-to-find LP of perturbed disquality. Channeling the early fuse of Irrlicht-era Klaus Schulze with droning, distorted guitar fanfare amongst cathedrals of unorganic chambers, Von Bingen subjects you to a sexcellent multi-textual unification of analog-electro genius. Pulsing mechanics, forced dualities, and atonal guitar workouts part the static stasis within the dark shadows of your listening cosmos and reveal the inner beat of our earthic tunings. Part psychedelic, part synthetic, part experimental, but as a whole, rewarding on multiple listens; an entity better heard than read. Packaged with a loving, two-colour essay." Weird Canada
http://weirdcanada.com/2010/01/review-von-bingen-von-bingen/


THE TREACHERY MAN!
http://treacheryman.bandcamp.com/
TM features long standing members of the Victoria music community. Kees Dekker is 1 part of the 2 parts that make up THE BACKHOMES. Ryan Beattie performs as Himalayan Bear and with his full band project Chet. Ryan has also been a part of Frog Eyes and sometimes plays guitar for Kathryn Calder. J. Schuurman performs in many bands including Golden Hand, Scars & Scarves, WAND and his solo electronic project Psychic Pollution. Each member brings years of experience to this minimal synth based project with elements of acoustic instruments, arpeggiated synths, experimental psych drone and sedate but epic soundscape exploration. This trio has been performing together since the beginning of 2014. For this show the trio is a duo as Kees is currently on a North American tour with the Backhomes.

CLEOPATRA AND THE NILE
http://cleopatraandthenile.bandcamp.com/
CATN features Paul Pedrosa and Sarah Murphy. Super rad synth based songs with amazing There-min flourishes. Dark moody and experimental, this duo is not to be missed!

$10 at the door
Presented by: the fifty fifty arts collective and Antimatter [Media Art]