we were told we shouldn't andi icaza-largaespada, nico yu 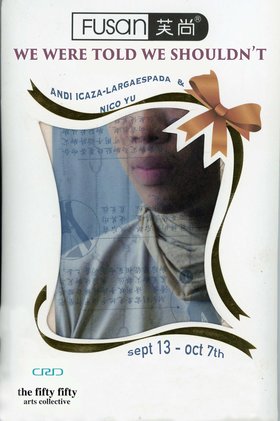 Thu. September 13th 2018 - Sat. October 6th 2018
@  the fifty fifty arts collective By Donation (All Ages)
*please see facebook page for list of current gallery hours, or due to the volunteer-run nature of the collective space, email the fifty fifty to arrange viewing*

we were told we shouldn’t

but here we are, using the bag as a toy, the packagings of gender, beauty, ethnicity as playground to disfigure/diffuse/conceal/resist. and so here we are working collectively to conflate polymer and flesh, to see if containers make us succumb and change or adapt and remain resilient.

i-y (pronounced ‘ew’), conformed of andi icaza-largaespada and nico yu, collaborate to answer shared questions about gender and ethnicity: they work to see how it looks to dis-identify from these categories. previous work includes performance, printed matter, illustration, photography and soft sculpture. they began collaborating during their time in simon fraser university’s bfa in visual art, and now sustain a friendship in the name of fun/art. their conversations incorporate other inter-personal dialogues with mutual friends and collaborators; logan kenler and emily marston practices are intertwined with i-y’s ‘we were told we shouldn’t’ and as such have been included in the exhibition.

andi icaza-largaespada is a visual artist based in unceded Coast Salish territories, most of the time. her practice observes modes of belonging and resistance, searching for possibilities within tensions, increasingly gravitating towards collectivity. icaza-largaespada incorporates elements of social research, ethics, feminism, and ecology to her interdisciplinary work in the forms of photography, sculpture, and writing. a recent exhibition addressed (individually embodied resistance to) transnational structures of extractivism, and it happened in Managua, Nicaragua, where she grew up and spends most of the rest of her time.

nico yu is a visual artist whose work consists of integrating queer subjectivity through platforms of performance and sculpture. yu thinks through brutalist/minimalist aesthetics while operating on a plane of queering ways. this is done in function of re-coding and interrogating peculiar constructs of homonormativity. 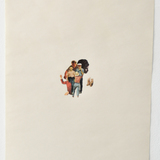 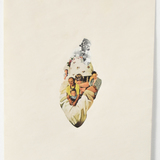 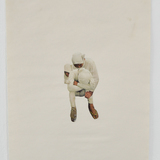 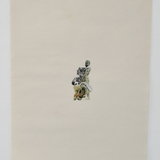 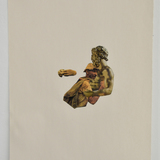 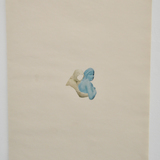 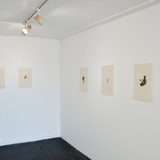 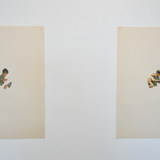 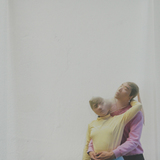 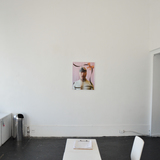 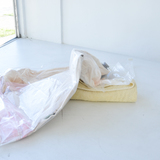 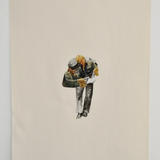 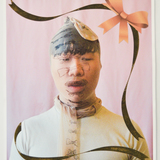 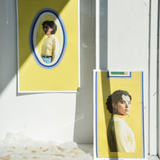 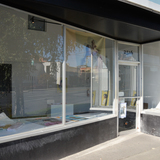 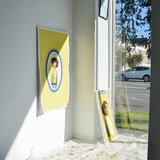 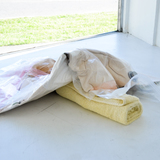 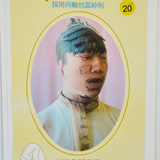 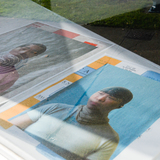 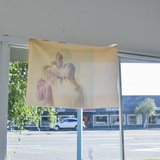