What Remained of Doctor Millicent 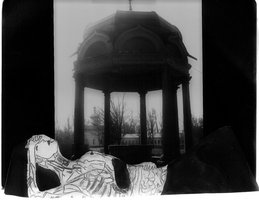 Fri. May 16th 2008 - Sun. May 25th 2008
@  the fifty fifty arts collective
Doctor Millicent, a fictitious character, is an extension of the artist, a personification of her imagination. The "Doctor" left us her flat, full of her artistic works, and few scattered belongings, discovered shortly after her untimely demise. Her visual voice is
spooky and macabre yet comforting and familiar, what is formed by the bond between the purely scientific and purely emotional. She tried to convey through film, pen and paint that which only exists in flesh and
memory.